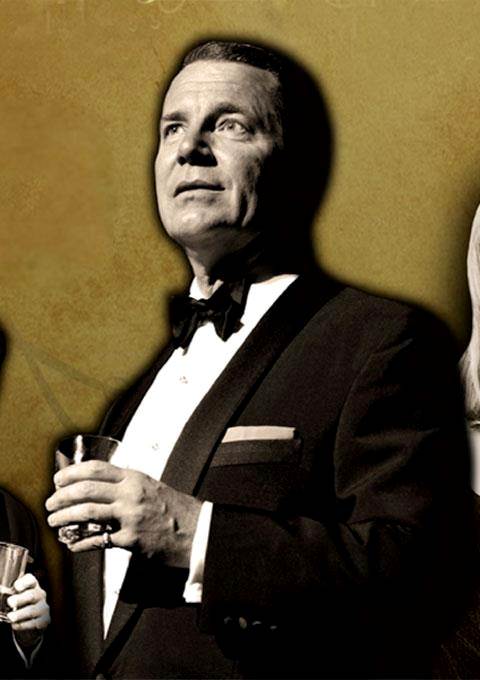 “May you live to be 100 and may the last voice you hear be mine.”
Frank Sinatra

Frank Sinatra is arguably the greatest popular singer the world has ever known and his tongue-in-cheek quote above was probably meant with more intent that any of us could have ever realised.

This year, on December 12th, the great man, Ol’ Blue eyes, the leader of the pack or just plain Frankie, would have celebrated his 100th birthday and Sinatra & Friends celebrates the great man like no other.

Starring the original West End cast of The Rat Pack: Live from Las Vegas, this new show presents you with hit song after hit song from Sinatra’s extraordinary career, including ‘Come Fly with Me,’ ‘Lady Is a Tramp’, ‘Summer Wind’ ‘My Way’ ‘That’s Life’ New York, New York’, and many more.